The AAG Cloudwatcher is a a box of sensors that can be used to monitor various weather conditions with the aim of closing the shutter/roof of an automated observatory when conditions are deemed unsafe.  A related piece of gear is the AAG Solo which is a small computer, based on a Raspberry Pi, which can read and display data from the Cloudwatcher via a web interface.

The Solo also has another feature, particularly useful for a remote observatory, that it can log data from the Cloudwatcher to a drive plugged into one of its USB ports.  The problem is that it is difficult to get to that data.  By default, the only way to reach it is via ssh using a Terminal window on the Mac or a program such as Putty on Windows.  The aim of this project was to create a web interface that allowed the log file to be examined and/or downloaded via a normal web browser.

The software described below creates the required web interface but it comes with a caveat: it was compiled for the ARMv7 series of processors now used on the Raspberry Pi.  However, after developing this code and transferring it to the Solo I discovered that the Solo uses an older Raspberry Pi Model B+.  These earlier models use processors based on the ARMv6 architecture and so the code failed to run.

Since the development environment I use can't compile for the ARMv6 I needed another solution but luckily it was a simple matter of removing the Pi from the Solo and replacing it with a later model.  I used a Model 2 that I had to hand.  Swapping the boards is a very simple procedure and the microSD card can simply be taken from the old board and inserted into the new one.

The software is available below for download.  It opens the log file on the Solo's USB drive, produces a list of the dates on which data was logged and allows the user to select a date and view all of the log entries for that day.  Checkboxes to the right of the page allow the selection of which data columns to display and a button is provided allowing the entire log file to be downloaded. 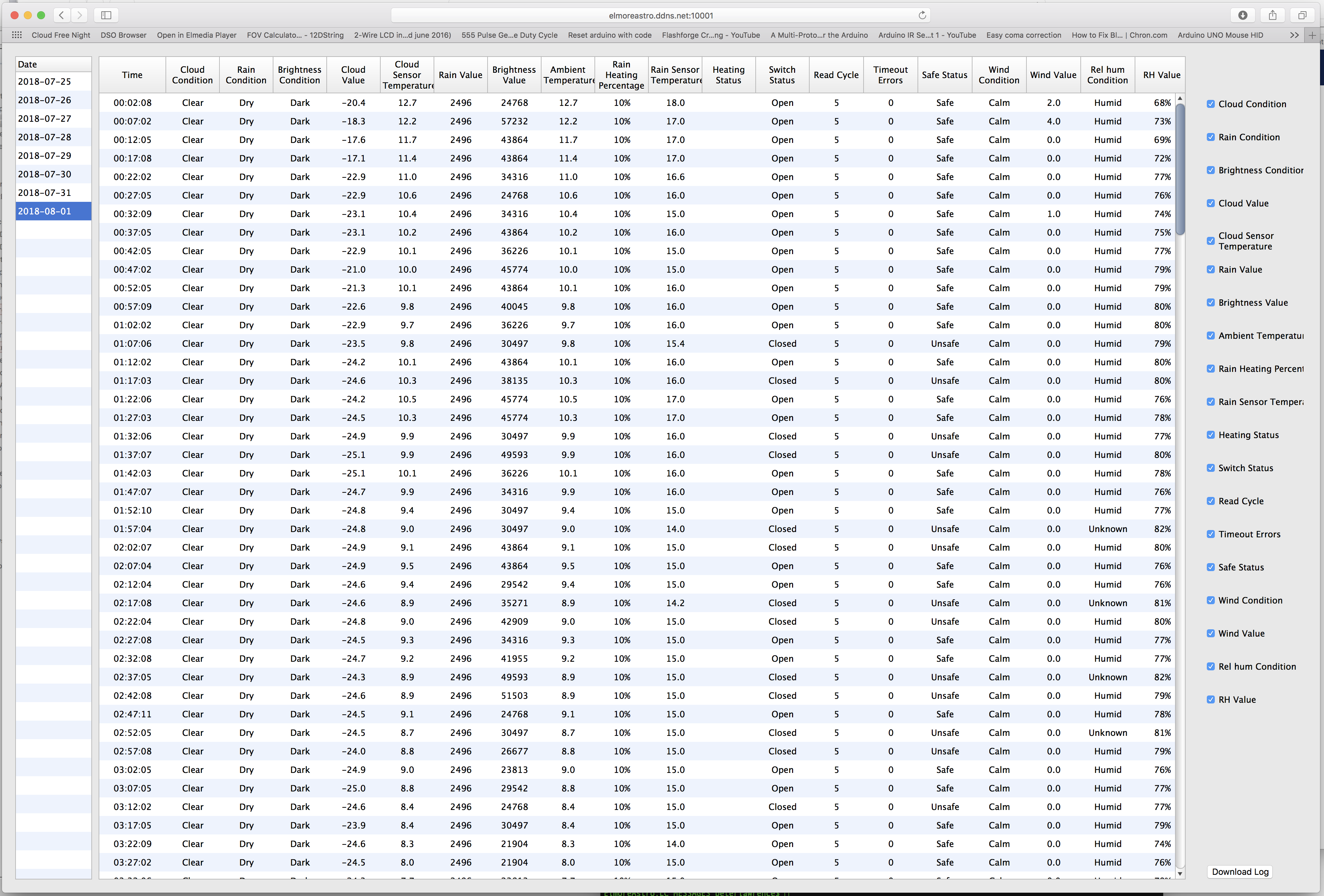 To use the software:

If you would prefer to use a different port than 10001 you can specify it when the app is launched thus.

where "n" is the port you wish to use.